Chanting for the Governor 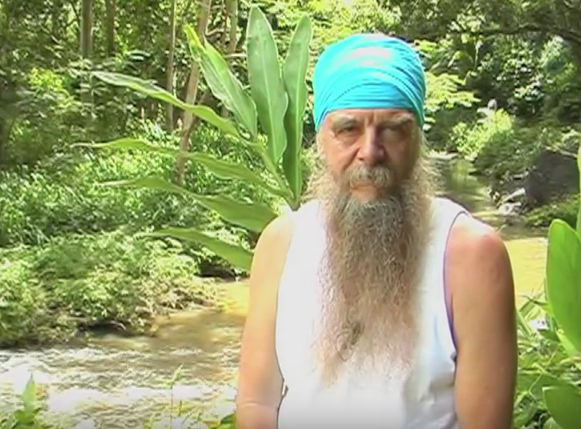 A unique sequence of events …

The Hawaiian Islands and the Hawaiian people are unique in many ways. Their indigenous culture is rich in story, song and chant and is uniquely different from other Polynesian cultures.

“Oli”, chanting in the Hawaiian language, is still a living art form and Hawaiian chanters hold a very respected place in Island society.

I had first visited the Hawaiian island of Kauai in 1989. In subsequent visits, I had fallen in love with the music and culture and we had moved to Kauai in 1993. In 1996, I began to study under the tutelage of Kumu (Respected Teacher) Blaine Kamalani Kia. As part of my studies of music, I began to study Oli. I also studied with Kumu Kawaikapuokalani Hewitt, Kumu Kapono’ai Mollitau and received encouragement and support from the late Kumu Uncle John Ka’imikaua.

By the early 2000s I had developed somewhat of a reputation on Kauai as a Haole (white guy) who was a pretty good Hawaiian singer and chanter.

Around that time, we ran into a remarkable Hawaiian lady. Despite the Englishness of her name, Rosie Holt was a proud Hawaiian. She was also Chairwoman of the Republican Party of Kauai. In addition to that she was highly psychic.

Nothing unusual about that in Hawaii, it seems the veils between worlds are a little thinner there. It’s not uncommon to run into people with unusual abilities, although Hawaiians tend to downplay such things and not boast about them. Rosie immediately recognized us as not your usual run-of-the-mill Haoles and we developed a friendly relationship. She respected us and we certainly respected her. 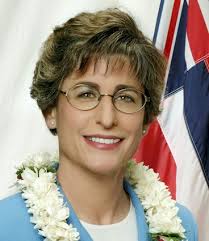 In 2002, Linda Lingle, a former Mayor of Maui, was elected Governor of the State of Hawaii. Women governors are unusual in Hawaii; so are governors from the GOP. Linda obviously qualified as the former; she also qualified as the latter. She was a Republican.

I will let Elandra tell the next part of the story. She writes:

“One day, in January of 2003, we received a phone call from Rosie Holt who was Chairwoman of the Republican Party of Hawaii.

She said “I have had a dream. I saw the two of you leading the opening ceremonies, chant and pule (prayers) for the Kauai welcoming dinner of the new Governor. When I told my husband about my dream, he said, “No way, you must be lolo! (crazy). You know that only a Kahuna (priest, wisdom keeper) of traditional rank and stature may preside over such a ceremony, not ‘haole’ blonde foreigners.” Well, I had the dream again, and I know what that means. It means it will happen. So… will you do it?”

Oh my! We knew enough to know that the idea was outrageous, unheard of, and utterly impossible. We were ‘haoles’ (foreigners, literally ‘without breath’). How could we be invited to chant when we had “no breath”? We were in shock at the very idea.”

Antion: We accepted the offer, feeling it was Divinely guided.. It was too good an opportunity to pass up. When people would see this white guy in a turban chanting in Hawaiian they would go into a state of shock. “Does not compute!”

We had ceremonial clothes, ordered from a local guy who specialized in that kind of stuff, that we used to perform weddings, so that aspect was covered. We drove to the venue and slipped into our outfits. Standing at the back of the room in our full regalia, we waited. 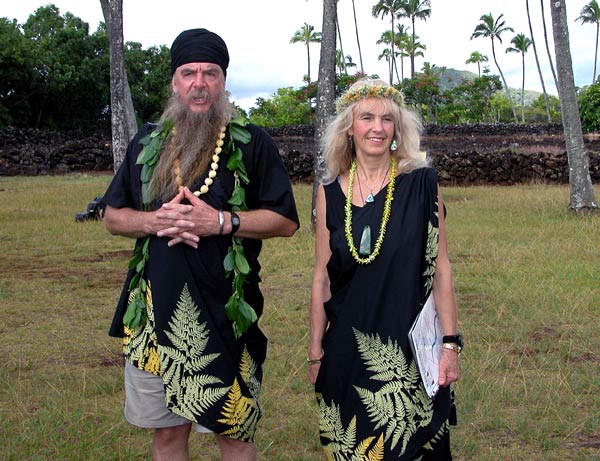 Antion and Elandra in ministerial dress

Right before us was the Presentation of the Colors. A group of young men and women in uniform from the Waimea High School ROTC marched in bearing the Stars and Stripes and the Hawaii State Flag. Everyone stood and remained standing for the Pledge of Allegiance.

“Here we go”, I thought my heart pounding slightly in my chest. I still almost always get a little stage fright. That night, though, it was not so bad and I strode forward, slowly but confidently, with Elandra by my side, chanting as we went. We were VERY determined to make an impression, if for no other reason than for Rosie’s sake.

The chant was a very popular oli, “Ku Nihi Ka Maona”, a chant used to ask permission to enter at sacred places or hula schools and was entirely appropriate for the occasion. Everyone remained standing. We ascended the stage and finished the first oli. I immediately launched into another that described the birth of the Hawaiian Islands. I gave it my all and projected as much power into it as I could.

Hawaiian chanting, when done properly, can have an hypnotic effect on people. I had been able to send people off in a trance before with my chanting and this occasion gave me yet another opportunity.

As I finished the second oli, I glanced at the crowd. They were still standing there, glassy eyed.

The last part of my duties was to deliver the Benediction before dinner was served. This was also unprecedented. This duty usually fell to a Christian minister of some denomiation or other. Hawaii is a heavily Christian state. Most events begin with a prayer and those prayers are inevitably Christian.

I walked over to the lectern at the side of the stage andI delivered a prayer that invoked the Creator, gave thanks for the presence of the Governor and asked for blessings on the food, using a sonorous and authoritative voice. In other words, I pulled out all the stops. Rather than Amen, I finished the prayer with the word Mahalo, the Hawaiian word for thanks.

As I finished, there was complete silence. I glanced out at the audience. They were still standing with glazed looks on their faces. I don’t know whether they were shocked by seeing a white skinned guy in a turban delivering an Hawaiian chant or whether they were just in a trance that we had invoked with our performance.

At that point the MC for the night came on to the stage and said “Please be seated”. Suddenly the spell was broken. We quietly made our way to the back of the hall as a hubbub of conversation ensued. Several people, including some Hawaiians, came up to us to say how much they enjoyed our presentation.

One Hawaiian guy said: “Oh man, you pronounce Hawaiian just like one bradda from Anahola!”’

After that, we left, but not before I went to the Governor’s table and offered her a copy of my Hawaiian CD for which she thanked me profusely.