Only two days later, we were slated to appear on one of the UK’s hottest TV shows.

Simon Dee was originally a pirate radio DJ on Radio Caroline. In 1967, BBC 1 gave him his own TV show, the first chat show on Brit TV, called Dee Time. It proved to be hugely successful and Simon became a phenomenon on Brit TV. For anyone with a new record, hoping to get on the charts, an appearance on Simon Dee’s hip talk show was essential. 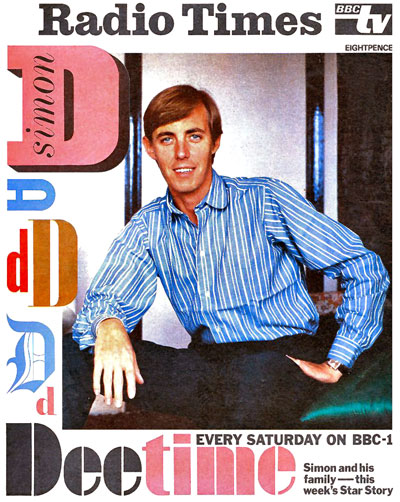 Also on the show was Keith West, who had a surprise summer hit with Excerpt from a Teenage Opera (remember “Grocer Jack”?).

One week previously, there had been a hippy couple who were scheduled to appear on the show. Someone had discovered them getting stoned in the dressing room and Simon had unceremoniously thrown them off the show, right before the broadcast. He had then gone to the press and made a huge deal about his anti-drug stance.

Keith West, John Weider, Barrie Jenkins and myself were in our dressing room and decided to smoke a little dope. Simon Dee’s PA happened to stick her head in the door while we were in process and, next thing we knew, Simon was in the dressing room giving us a major bollocking (crude Britspeak for an intense reprimand) and yelling at us. He realized that he couldn’t throw us off the show, we were too big. It would have reflected very badly on him.

Simon, now deceased, had a meteoric rise to fame and an equally rapid fall from grace, partially because of his own arrogance. He had to take a job as a bus driver.

At the beginning of the first week in September, Eric announced that he was getting married. Eric had been in a relationship with Angie King since the previous Christmas Day. She had traveled with the band to Australia and New Zealand. 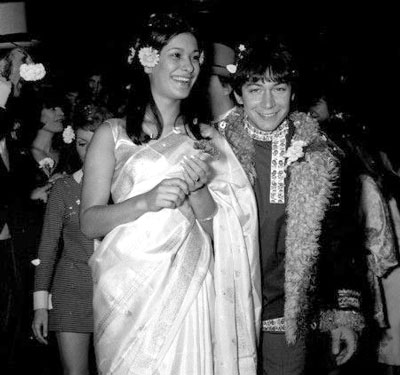 Frankly, I was surprised. Eric was not especially noted for being monogamous. Still he seemed committed so we accepted it.

The night before the wedding, I had invited some friends over, including John Weider and Barrie Jenkins.

One of my favourite kitchen tricks was to make an aromatic stew and put a few pieces of hashish into it.

The stew was duly enjoyed by one and all. Shortly afterwards, I realized I had better get to my bed, which I did. Others were not so lucky.

When I awoke the next morning at 10 am, my living room was covered with bodies.

“Our leader’s getting married!” I cried out, and managed to stir everyone into action. We piled into my trusty yellow VW Beetle (Bug) and headed for the Kensington Registry Office.

When we arrived, early I hasten to add, there were already people gathering on the sidewalk across the street. I don’t know how they knew about it. 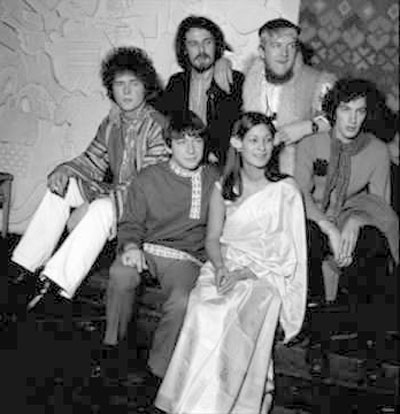 The ceremony was brief and perfunctory. When we came out, there was a mob of photographers and cameramen. We dutifully lined up on the steps of the office and made an interesting sight. Most of us were in hippy dress, but Zoot Money and Terry (the Pill) Slater had hired morning dress with top hats, since Eric had nominated them both as best men.

Later we found out that, the previous evening, The Pill – as everyone called him – had driven Eric around to various locations to screw all of his regular girlfriends one last time before apparently taking up monogamy.

Afterwards, we repaired to one of the in clubs of that time, The Speakeasy – commonly referred to as “The Speak” – for a wedding reception.

Amazingly, one week later, Danny McCulloch decided to follow in Eric’s footsteps and get married. He chose the same registry office and the same venue for the reception.