Wheat Belly at the Gurdwara

For my friends who may not know, a Gurdwara is a holy gathering place for Sikhs, also called a Sikh Temple. Every gurdwara has a kitchen and a place to eat, because food is a vital part of Sikh spiritual practice.

Langar is the name for the food that is served after any Sikh gathering. Sikhs are known all over the world for distributing langar to those in need and when disaster strikes.

Wheat is the backbone of any langar, with dozens, hundreds or even thousands of roti (chappati) being cooked and served, along with daal (lentils), sabji (vegetables) and other foods. Langar is always vegetarian so that anyone from any religion or caste can partake.

Wheat is also one of the four ingredients in the prashaad or sacred sweet that is served immediately after every service.

I went to the gurdwara at Garland TX near Dallas on Sunday (25 June 2019) to sing kirtan. It is a beautiful building (see pic) with a plentiful sangat (congregation) and my kirtan was well received. 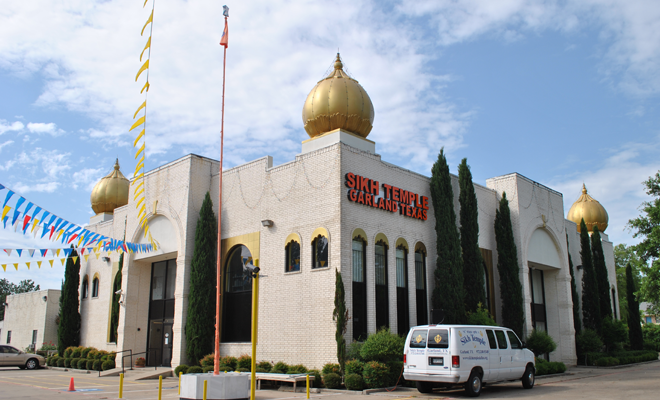 The diwan (service) finished as usual and the sevadars (volunteers) prepared to distribute the prashaad that had been freshly prepared. After its distribution, the sangat would move to the langar hall to eat.

I was not surprised when the gurdwara secretary announced that someone would be speaking. This often happens after a diwan and could be for any number of reasons. A charitable appeal, an upcoming youth camp, even a blood drive.

I don’t know if the man who stepped up to the mike was a Sikh or not, but he was Indian and spoke Punjabi. He made it very clear from the start that he was not a doctor, in fact, he was an engineer by profession. Nevertheless, he said, he was there on that day to talk about health.

Even though my Punjabi is almost nonexistent, it didn’t take me long to figure out what he was talking about. He had prepared a slide show and the very first slide was William Davis’ Wheat Belly 10 Day Detox.

“My God”, I thought, “this guy wants to convince Punjabis to give up wheat!”

A little background here. If you haven’t heard, the Wheat Belly series of books have started somewhat of a revolution amongst nutritionally conscious people. The first, simply called Wheat Belly, argues that eliminating wheat – even so-called healthy whole grain wheat – from our diets is the key to permanent weight loss and can offer relief from a broad spectrum of health and digestive problems.

The first book proved to be so popular for the author that other books were written and published. Thousands of people are now following or trying to follow wheat-free diets, including my wife and I. 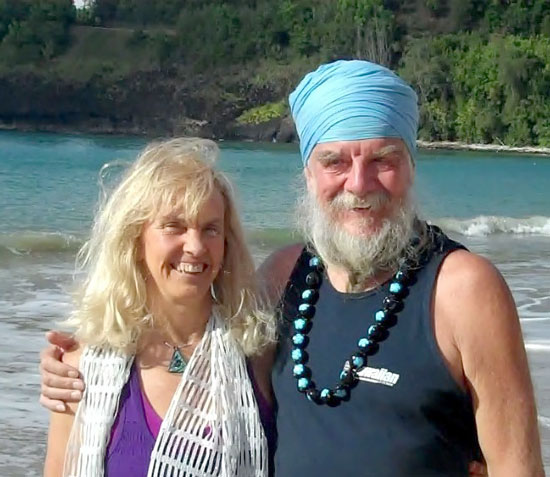 In the Punjab region of India (and the overwhelming majority of Sikhs are Punjabis), wheat is the staple grain. Apart from the ever-present roti at every meal, many households start their day with parathas, a delicious but not particularly healthy serving of wheat dough, stuffed with vegetables and fried in butter or ghee.

The growing of wheat is one of the major industries in Punjab. Many Sikhs either are farmers or come from families with long traditions of wheat farming. Punjabi farmers produce 17.4% of India’s wheat. With India’s population now at 1.3 billion, that’s a lot of wheat.

“So”, I thought, “here’s a man wanting to convince Punjabis to give up wheat. I wish him well with that”. I could not understand much of what he was saying, but his slide show was in English.

It was a very thorough presentation; too thorough, really. He covered all the bases. Genetic modification, spiking blood sugar, weight gain, glycemic index and, of course, the connection of wheat to diseases like celiac disease, rheumatoid arthritis and diabetes. 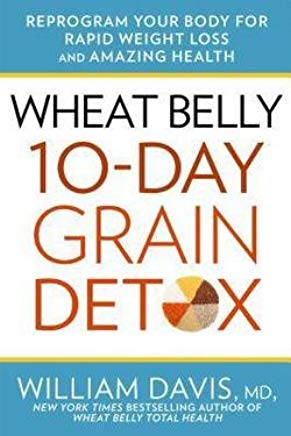 I turned to my friend, Harbans Lal.

“Is diabetes a problem in the Punjabi community?”

As our speaker continued talking, the sangat started to drift away into the langar hall. I sensed that he was losing their attention quite rapidly. There were too many slides and too much information for people to absorb.

I felt bad for him. His intentions were obviously noble, but he wasn’t getting through. At the same time, I was irritated that he had not thought out his presentation in a manner that would be easier for lesser mortals to assimilate.

Finally, before he finished speaking, the sevadars began to serve prashaad. Harbans and I left the diwan to get langar, with our speaker still talking as we left.

While I was eating, I realized I had an intense desire to talk to this man (never did get his name). When I finished, I headed back towards the diwan to find him. I ran into him moving in the line to be seated for langar. Not a good place for a conversation.

He acknowledged me and I shook his hand. All I found time to say to him was:

“I agree 100% with your presentation. But you tried to tell people too much, and it made your talk too long. You should give people less info and make your basic points stronger.”

He accepted my input and we parted company.

I wish him well in his quest. Punjabis in general – and Sikhs in particular – are not terribly healthy people. Punjabi diets are high in grains, particularly wheat, and sugar. In Punjab itself, the rates of cancer, mostly from the overuse of pesticides in rural districts, are astronomical. Even outside, in the Sikh Diaspora, they get their basic foods such as milk, wheat and vegetables, from regular supermarkets, not realizing that these foods are laden with chemicals. Sikhs generally do not know to buy organic, healthy foods. It is to be hoped that this will change with the younger generation.

There is a laudable movement, headed by the EcoSikh organization from Washington DC, to get gurdwaras to use organic vegetables for langar but little progress has been made. One exception is the Guru Ram Das Langar in the holy city of Amritsar, where organic vegetables are used, grown on land especially set aside for that purpose.