On the Sunday, when we were due to finish at the Fillmore, Eric asked us to play for a benefit at the natural ampitheater Susula had shown me, up on Mount Tamalpais. The benefit was for a children’s school known as The Six Day School, certainly a worthy cause.

Most of the Bay Area bands were into playing benefits for various radical and left wing causes. I believe that Eric wanted to show that The Animals also had a social conscience and were not above helping others.

The whole idea of music as an instrument for social change was not something that had been much developed in the UK at that time. What was happening in the San Francisco music scene was clearly revolutionary and would have a great deal of impact on the US and other parts of the world in the last years of the ’60s. 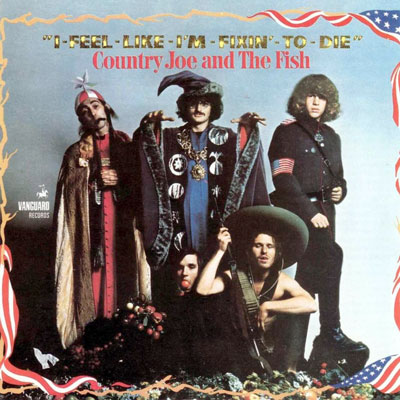 Most of the San Francisco bands were political to some degree. Country Joe and The Fish, who hailed from the left wing enclave of Berkeley, on the other side of the Bay from San Francisco, were highly political, with much of their material – including the notorious “Fish Cheer” – being directed against the Vietnam War.

In my case, my internal jury was still out on the very political music scene that was happening there in the Bay Area. Except for one or two brief moments of insanity, I have always had a rather cynical view of politics. I could see the immorality of the US involvement in the Vietnam War, but I was not naive enough to believe that the Communists in North Vietnam had any intent other than the total subjugation of SE Asia. I always did think that the Domino Effect might happen if the US pulled out of Vietnam.

Since I was carrying a British passport, and was immune from the draft, the Vietnam War was not such an issue for me as it was for the young American men who were likely to be drafted and sent to Vietnam . If I had felt that I was likely to be drafted, I might have been much more concerned. 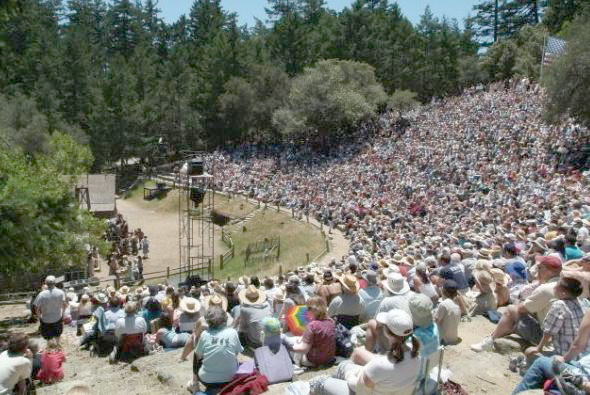 The Sidney B. Cushing Memorial Amphitheatre was magical, at least while the California Sun was radiating its powerful energy on the venue. When we arrived, we found a typical hippy bash. A band was playing, incense was burning and people were dancing in various states of dress and undress. 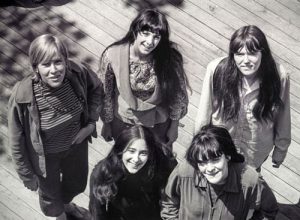 There was an all-female band playing there called the Ace of Cups (see pic). That was the first time I met Denise Kaufman, their bassist, with whom I am still in touch on Facebook.

While the Ace of Cups have played together, off and on, since those days, the band only released its first ever studio recording in 2018.

I decided to take some LSD. There were a couple of other occasions when I took a very tiny amount of acid before I went on stage but this was the only time ever that I took enough that I actually started to trip out and hallucinate. I started to feel a little paranoid.

When we had played at the Avalon Ballroom back in April, we had met a hippy from England, who we called Eric the Head. He was old enough that he had grey hair, unusual amongst hippies of that time. He was very outspoken and heavily into dope.

As we took the stage, Eric the Head jumped up on stage and grabbed the mike. “Folks, I want you to know that there’s plenty of dope available here today. We got grass, we got acid, we got psilocybin. And we’re not selling it, we’re giving it away”.

The Six Day School was very spiritual in its intent and the parents and staff of the school didn’t want this open flaunting of drug use at their benefit.

Eric the Head finally relented and got off the stage but all this had the effect of increasing my paranoia. I was sure that everyone now knew that I was on acid and would be down on me because of it.

I have always had a sense of responsibility about not only showing up prepared for any gig, but showing up on time and being ready to play. I was proud of the fact that, in my musical career, I had never been so out of it that I couldn’t play well. Now, here I was, not being able to make the music happen – at least, not to my own satisfaction.

We played our set but I found it impossible to be present. I made it through but I didn’t feel good and I was ashamed of myself. 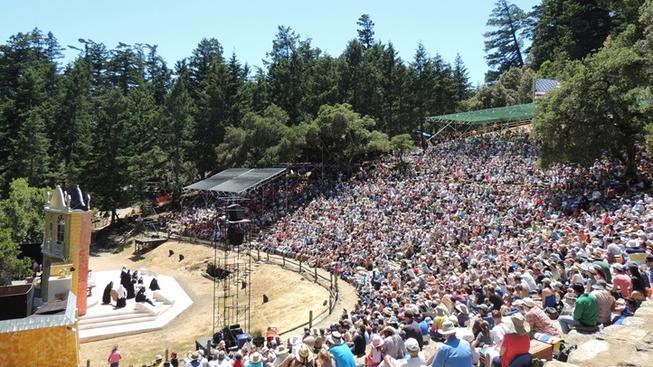 People told me afterwards that the band sounded fine but that didn’t stop me from being angry with myself.

Susula was there and offered to give me a ride back to the apartment. She took off down the mountain like Mario Andretti and I started yelling at her to slow down. This was the first time I had experienced the down side of LSD. I didn’t know that I was going to experience a lot more of that in the next year or two.