I returned from my drive down into Big Sur at about the time I needed to get to the Fairgrounds for Ravi Shankar’s performance on Sunday afternoon, June 18th, 1967. 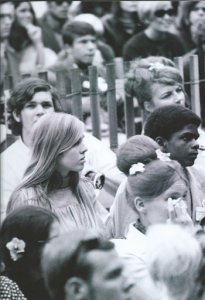 About an hour before the performance, I made my way into the enclosure in front of the stage with prime seating reserved for festival performers.  Since I was the first person in the arena, I made sure I got the best seat in the house, then sat and watched as the seats around me filled up.

The weather was grey and miserable with the hint of a light drizzle falling. Typical Monterey Peninsula summer weather! The same conditions prevailed for most of the weekend.

The Fairgrounds were situated in the flight path of the Monterey Airport. Every ten minutes or so, a light plane or passenger jet took off with a roar that blotted out most of the sound from the stage. The cloud cover was so low that the offending monsters were all but invisible; occasionally a dark shape could be glimpsed through the clouds.

Finally, Ravi ji took the stage, accompanied by Alla Rakha, his longtime musical cohort on Tabla.  As someone who has done plenty of awful gigs, I know well the look on the face of an artist who does not want to be at a place where he has committed to perform. Ravi ji had that look.

He sat down on a carpet-covered dais in the middle of the stage and began to tune his Sitar. Incense was burning on the stage and a small electric heater had been placed near the musicians. It was not warm.  Every time a plane roared across the sky, Ravi ji looked up with utter contempt on his face, and then resumed tuning.

I happened to glance at my watch when he came on stage, then again when he was ready to play. He tuned his sitar for a full half hour. It seemed to me that he was procrastinating. He was not acting like someone who was ready or even wanted, to play. Perhaps he was scared that this “rock and roll audience” would not like his music

Then magic happened. As he reluctantly finished tuning and put down his sitar, the crowd stood as one and gave him an ovation. The energy shifted. Ravi ji gave the first hint of a smile and said, “If you liked the tuning so much, perhaps you will enjoy the music”. 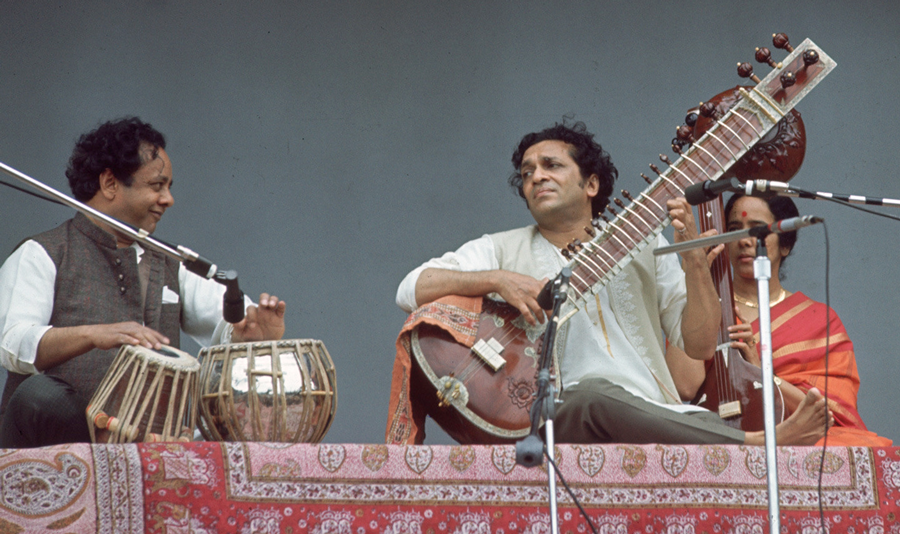 As is customary in Indian Classical concerts, he began with a formal interpretation of an appropriate raag. In this case it was Raag Bhimpalasi, a powerful raag, suited to the afternoon. As he played the alaap, the long melodic introduction, you could see him beginning to relax.  He would still glare at the sky as an occasional plane impinged upon the music.

One raag followed another and the rapport between audience and performers grew deeper by the moment. Finally, during a Sawaab-Jawaal (musical question and answer) exchange between Ravi ji and Alla Rakha, a plane flew overhead. This time, instead of glaring, the two of them were having so much fun that they both just shrugged their shoulders, laughed and carried on with the music. It was an awesome moment. 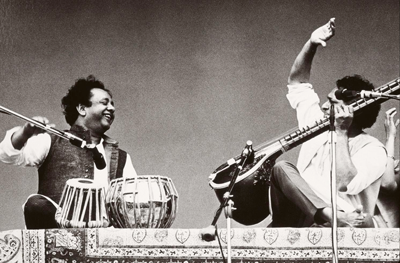 The final composition, a Dhun, done in the traditional Thumri style, built to a climax so intense as to be almost unbearable. Near the crescendo, a stoned hippy ran out of the crowd and began to forward roll his way up the aisle toward the stage.

Regrettably one of Pennebaker’s film crew ran over and immortalized this attention-seeking act on film. I found myself wishing that the cameraman had ignored this boorish distraction from Ravi ji’s sacred music.

A few minutes later the performance finished, and the crowd rose to their feet. There were standing ovations, flowers and tears. And a wonderful feeling that, just maybe, the world could be healed through music.

As Eric wrote in our 1967 single Monterey, “Oh, Ravi Shankar’s music made me cry”. There were few in the audience who were not deeply moved by Ravi ji’s performance. I know I was.

It was the first performance of Indian Classical music that I had seen; it left an impression on me that would stay with me for the rest of my life. I desperately wanted to be a part of this music and make it a part of me, but I didn’t see how it could be possible

Next day, when we arrived at the Monterey Airport, I was delighted to find that Ravi Shankar and Alla Rakha were also on the flight. At that point in my young life, I had been around so many of the top names in the music business, that I was not easily impressed. But, seeing Ravi Shankar up close, I was quite star struck and felt more than a little nervous. I started talking to Ravi ji but didn’t quite know what to say other than to tell him how much I enjoyed his performance. He was typically gracious and started to ask about me, where I was from and that kind of thing. He actually found out more about me than I found out about him. 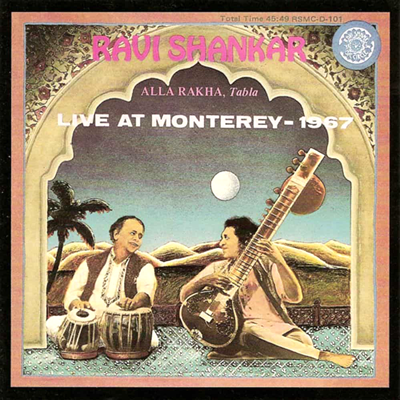 There is an urban legend about Ravi Shankar’s performance at Monterey that can be found at various places on the internet. That he was so disgusted by The Who smashing up their instruments and Jimi burning his guitar that he threatened to withdraw from the Festival and not perform.

Turns out this legend was started by Ravi ji himself in an interview he gave to the Brit newspaper The Guardian. But it would have been impossible for him to withdraw from the festival. You see, Ravi ji played on Sunday afternoon. The Who and the Jimi Hendrix Experience did not perform until Sunday night.