With the recent deaths of Hal Blaine (March 11th) and Mac Rebbenack (Dr John) who died June 6th, it made me want to look up other members of the fabled Wrecking Crew, the studio musicians who formed the core of the recording scene in Hollywood in the 60s and 70s. 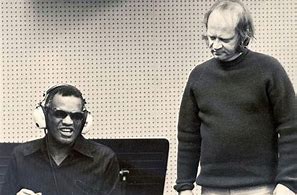 Sad to say, I found another loss. Lyle Ritz was a session bass player, both acoustic and Fender. He was a good friend back in the day. Lyle also had a interesting secret.

Lyle learned to play bass in the army in Korea. He became a studio musician and played on more than 5,000 tracks including such notables as Herb Alpert’s A Taste of Honey, the Righteous Brothers You’ve Lost that Lovin’ Feeling and the Beach Boys’ Good Vibrations.

When I started recording in LA, I quickly chose Lyle as my go-to bassist. He was always right there musically and such a nice guy. We became friends and he would come out to my home in Topanga Canyon.

Lyle was also a pilot and would take me for joy rides in a plane from the flying club to which he belonged. On one memorable trip, we flew from Burbank to Catalina Island and back just for lunch. 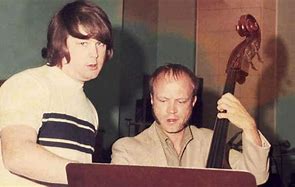 After I left the music business, we lost contact.

It wasn’t until the mid 90s, when I moved to Hawaii, that I discovered Lyle’s big secret. As well as playing bass so successfully, Lyle had already learned and mastered the ukulele.

In the mid 50s, the great jazz guitarist Barney Kessel heard Lyle play jazz on the ukulele and that resulted in Lyle releasing two LPs of ukulele jazz, How about Uke? in 1957 and 50th State Jazz in 1959. Although they didn’t exactly set the world on fire, these albums were ground breaking and unique in the use of the uke to play jazz. They were huge influential in the spiritual home of the ukulele, Hawaii and, unbeknownst to him, Lyle became somewhat of a legend there. 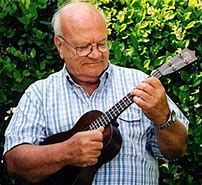 In the 80s, Lyle returned to the uke and was regularly invited to play at ukulele festivals, both in Hawaii and on the mainland.

He retired to Kailua, near Honolulu and in the late 90s, when he came to Kauai to play at a festival, we reconnected, having not seen each other for 30 years.

“Undisputedly the world’s most revered jazz ukulele player, his recordings shaped the musical conception of the instrument for an entire generation of highly influential performers and teachers in Hawaii. Lyle’s induction into the Ukulele Hall of Fame coincides with the 50th anniversary of his first ukulele album. He was inducted into the Ukulele Hall of Fame on June 22nd, 2007 at the Portland Ukulele Festival.”

For more on The Wrecking Crew, see their documentary and history page: http://www.wreckingcrewfilm.com/index.php