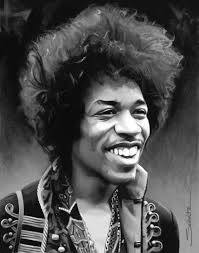 On that fateful night, exactly 50 years ago, I left home at around 7:45 pm. Climbing into my 63 Yellow VW Beetle (Bug), I drove the 15 miles to the West End of London in about half an hour. Often Brian Auger (see pic) and I would drive together to gigs like this but that night we drove separately.

As I look back now, it didn’t feel to me like this would be a night that would change – well, maybe not EVERYTHING – but would change music history. For me it was going to be just another gig, although one to which I particularly looked forward.

The Scotch of St. James was not a large venue. Guarded by a discreet but tough looking bouncer, you didn’t get in there unless you were Rock Royalty or of a similar stature. Princess Margaret, sister to the Queen, would often be seen there with her then husband, Tony Armstrong-Jones. Located in a courtyard in the exclusive area known as St. James, it was first among (almost) equals in terms of the after-hours clubs where the hip elite of Swinging London would gather. Although The Cromwellian, Blaise’s, The Speakeasy and The Bag o’ Nails all had their clientele, The Scotch – as we all called it – was the most exclusive.

You walked in at street level to a discreetly lit bar with food service available. The décor was all tartan (plaid) with all the chairs and walls upholstered with the same Scots motif. A word here about language: Scots is the correct adjective for things Scottish; Scotch as an adjective is only used for whiskey, that is to say Scotch Whiskey, hence the name of the club.

Descending a short staircase led to the disco area, you would find a small stage, a hardwood dance floor and an antique horse-drawn carriage (sans horse) housing the DJ and sound system. Around the dance floor were tables and tartan upholstered chairs (and walls).

I was plenty early when I walked down the stairs around 8:30pm. We were not due to start until 10 and things didn’t even warm up in the club until 11 or so. Our band, Brian Auger and The Trinity, were very popular in the “in-clubs” of the day because of our high standard of musicianship. Eric Brooks, our roadie, had already brought in my Marshall amp, an experimental model using twelve six inch speakers with a hundred-watt head, and was setting up Brian’s Hammond Organ.

We were regularly working with a singer named Julie Driscoll but she was not there that night.

I had barely set foot in the place when one of the waiters came up to me and said:

“You should have seen the wildman who played here last night”

“Some black guitar player that Chas Chandler found in New York. He’s amazing.”
Chas Chandler (see pic) had been the original bassist with The Animals, who had recently disbanded. I knew him as an acquaintance. It was a tight scene in those days; everybody at least knew who everybody was, even if they didn’t know them personally.

Less than ten minutes after that, who should walk down the stairs but Chas. I was surprised. Chas, not the type of guy who came to clubs early, obviously had a reason to be there. With him, carrying a Fender guitar case, was a rather unkempt and skinny- looking black guy, with the wildest hair I had ever seen. In those days The Stones’ hair was considered outrageously long, even though it was only slightly longer than your average Beatle haircut. No one I knew, I mean no one, had even thought about frizzed-out hair, let alone seen it.

“Vic” said Chas, “This is Jimmy from New York. I asked Brian, he said it’s OK if Jimmy sits in with you guys, but he needs to borrow your amp”.

I turned and shook hands with Jimmy who was perhaps not yet Jimi, but soon would be. I offered him the use of my amp and asked him if he wanted to use my guitar.

Jimi opened up the guitar case and pulled out his Strat (which was right handed but strung left handed). I knew that there were left-handed Strats available and asked Jimi why he didn’t use one.

We walked together to the stage, plugged in his guitar and I turned the unit on. Jimi reached over and turned every control knob on the amp up to eleven! 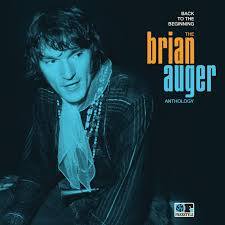 I was horrified. For one thing I was sure this would blow out the speakers, I had never turned the volume up past five. And for another, The Scotch of St. James was about twice the size of the average living room. What was this guy trying to do?
He must have seen the look of horror on my face because he quickly said to me:

“Don’t worry man, I turn it down on the guitar”.

Jimi went into a brief rehearsal with Brian and the rest of the band. The only song I remember for sure is Hey Joe, because I remember Jimi telling Brian that it was just the same four chords over and over again.

What I didn’t realize until many years later was how Chas had set that night up. Jimi had only arrived (with Chas) from New York four days earlier. Chas found out that Brian was playing that Wednesday night at The Scotch and realized that it was a perfect set up; a group of quality musicians – who would give Jimi solid and competent support with little or no rehearsal – at the most exclusive club for the cream of the London music scene. Exactly what he needed to drop Jimi like a bomb on unsuspecting London.

Chas had contacted Brian a day or so earlier and asked if Brian would let Jimi sit in and Brian had agreed. I did not find this out until just a few years ago. Brian never told me. Of course, he was under no obligation to do so. I thought Chas had just shown up with Jimi on the spur of the moment. Oh no, he had planned the whole thing out.

After guaranteeing Brian’s cooperation, Chas had called everybody who was anybody to get them down there that night. Consequently, by 10pm when we started our first set, the place was unusually full.